Posted by ZUMAPRESS.com on July 15, 2016
Posted in: ZUMALAND. Leave a comment 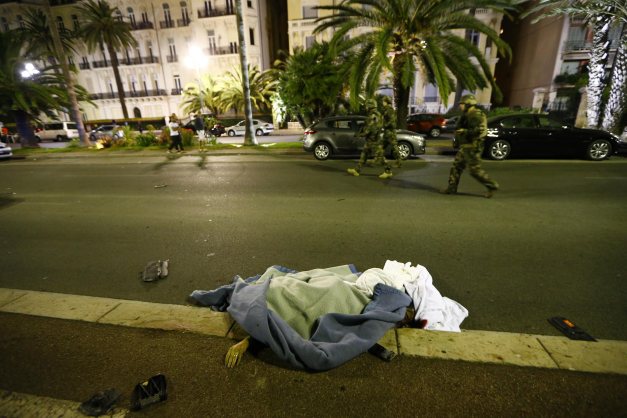 July 14, 2016 – Nice, France – Bodies lie on the Promenade des Anglais in Nice. A truck has struck a crowd during Bastille Day celebrations in the southern French city of Nice, killing about 60 people. The incident took place on the famous Promenade des Anglais during a firework display. The local prefecture has urged people in the area to remain indoors, calling the incident ‘an attack’. Nice Mayor Christian Estrosi said that ‘a truck driver appears to have killed dozens of people’. (Credit Image: © Lapoirie/Maxppp via ZUMA Press)