Posted by ZUMAPRESS.com on December 12, 2017
Posted in: ZUMALAND. Leave a comment 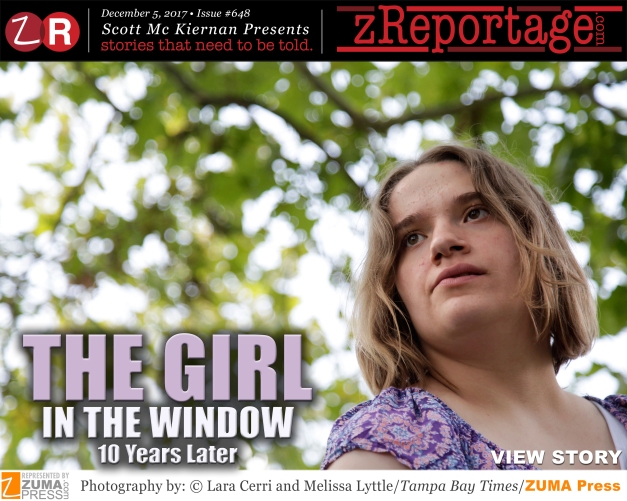 In 2007, a Florida family adopted a feral child. The girl, who was almost 9, had been kept in a dark, filthy room, surrounded by silence for most of her life. She couldn’t talk, make eye contact or eat solid food. No one knew if she would recover. But everyone hoped. Police Got The Call A Dozen Years Ago – someone had glimpsed a young girl’s face in a broken window. In the back of a run-down house in Plant City, officers found a skeletal child, curled on a moldy mattress, covered with maggots and flies. She had nothing on but a swollen diaper. Feces dribbled down her legs. ”What’s your name, honey?” asked Detective Mark Holste, bending over the girl. She didn’t react. Roaches crunched under his feet. Lice crawled in her black hair. It was the worst case of neglect Holste had ever seen. He carried her out and had her rushed to the hospital. Detectives determined that Danielle Crockett was almost 7. For years, she had been kept behind a closed door, in a space the size of a walk-in closet, alone in the dark. Finally, the authorities stepped in and Dani was adopted by a caring family. When we last saw Dani, caregivers had hopes that a nurturing environment would lift her mind and body out of the quicksand of crippling neglect. The Tampa bay Times recently revisited Dani Lierow. She is 19 now, lives in Tennessee and has moved into a new home. ”The Girl in the Window” was read by more than 1.5 million people, translated into a dozen languages and won the Pulitzer Prize for feature writing in 2009.