Posted by ZUMAPRESS.com on November 19, 2018
Posted in: ZUMALAND. Leave a comment 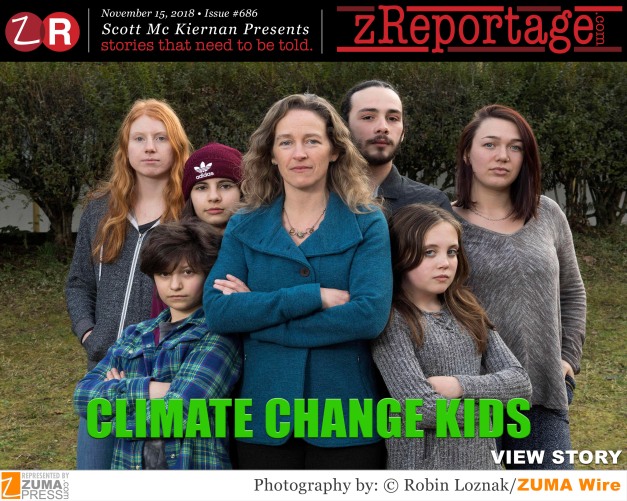 A pioneering lawsuit against the U.S. government recently won the right to a trial, overcoming the Trump administration’s efforts to cancel it in court. But the administration’s attempts to derail the lawsuit aren’t over, and now the trial is on hold again. The 21 plaintiffs, ages 11 to 22, are demanding that the government fight climate change. It is a case that could test whether the judicial branch has a major role to play in dealing with global warming, and whether there is a constitutional right to a stable and safe climate. The lawsuit, Juliana v. United States, was filed in 2015, accusing the government of violating the young plaintiffs’ constitutional rights by failing to address climate change and continuing to subsidize fossil fuels. The plaintiffs’ age is central to their argument: For older Americans, the potentially catastrophic effects of climate change are a problem, but ultimately an abstract one. Today’s children, however, will be dealing with disaster within their lifetimes, the youngest of the plaintiffs, Levi Draheim, will be just 33 in 2040, the year by which a United Nations scientific panel now expects some of the biggest crises to begin. The government’s lawyers haven’t contested the children’s central claims, that climate change is real and is causing them harm. Instead, the lawyers have argued that the federal government is not responsible and that the court has no place ordering political branches, the Congress and the executive branch, including environmental agencies, what to do. The Justice Department also argued that a long trial would cause the government ‘irreparable harm.’