Posted by ZUMAPRESS.com on March 13, 2019
Posted in: ZUMALAND. Leave a comment 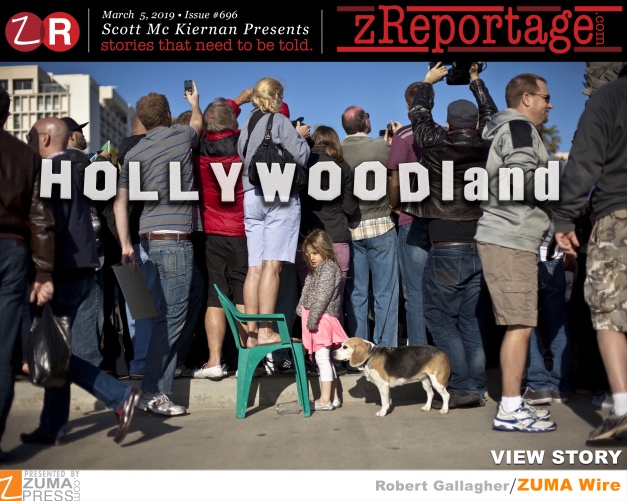 Glance skywards in many L.A. neighborhoods and you’ll see sneakers hanging high on telephone wires, a sign of gang territory. In Hollywood, you get a pair of Judy Garland’s Dorothy shoes from The Wizard of Oz. What is it that makes people completely surrender themselves to get a whiff of stardom? Hollywood, a neighborhood located in Los Angeles, is synonymous with the glamour, money and power of the entertainment industry, and as the show-business capital of the world, it is home to many famous TV and movie studios and record companies. At The Film Independent Spirit Awards, held each year on the beach in Santa Monica the day before the Oscars, it’s open season for celebrity super fans. With relatively close proximity to the Hollywood elite and a more relaxed attitude, star chasers are in a-list heaven. Nothing illustrates this obsession more than autograph hunters during Oscar season, when fan pandemonium builds up to a fever pitch, and the relentless aggressive behavior is stalkeresque. Within the obsessive celebrity culture of Hollywood there seems to be a promise of a fairytale world that might just make everything else make sense. Or not. Just follow the yellow brick road to ‘Hollywoodland’ where stars are born and dreams come true, at least for a lucky few and fans keep chasing the stars for a little touch of gold dust.