Posted by ZUMAPRESS.com on August 7, 2019
Posted in: ZUMALAND. Leave a comment 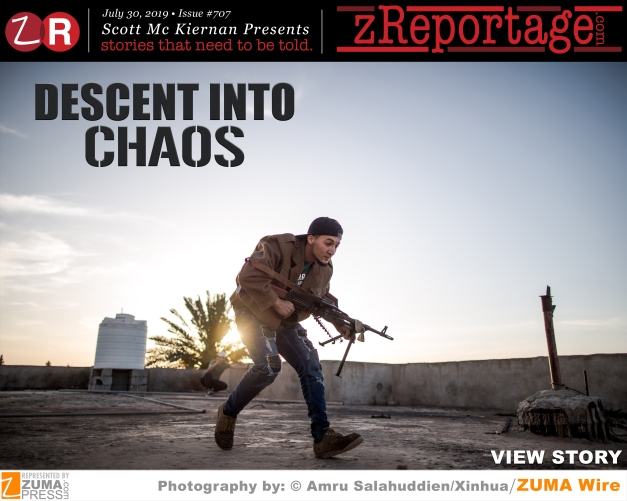 Libya’s civil war in 2011 ousted and eventually killed longtime dictator Moammar Gadhafi and in the aftermath and chaos the country was split between two rival administrations. A U.N. backed administration in the capital, Tripoli, oversees the country’s western regions, and a opposing government in the east is supported by the so-called Libyan National Army whose leader is Khalifa Hifter. Each is backed by an array of militias and armed groups currently fighting over resources and territory. The conflict exploded on 4 April when the head of the eastern-based militia known as the Libyan National Army (LNA), General Khalifa Haftar, launched an offensive against the internationally recognized Government of National Accord (GNA), based in Tripoli. Egypt, the UAE and Saudi Arabia are backing Hifter while Turkey and Qatar are supporting militias allied with the Tripoli-backed government. Several Western nations have partnered with militias to combat extremists and stem the flow of Europe-bound migrants. To add to the downward spiraling situation, on 25 July, up to 150 migrants lost their lives after a boat they were traveling in capsized off the coast of Libya. Predicting that the ‘days ahead will prove foundational to the years ahead for Libyans and the region”, Ghassan Salamé the top United Nations official in the country told the Security Council, that it was no exaggeration to describe the oil-rich nation as having reached ‘a crucial juncture.’