Posted by ZUMAPRESS.com on October 2, 2019
Posted in: ZUMALAND. Leave a comment 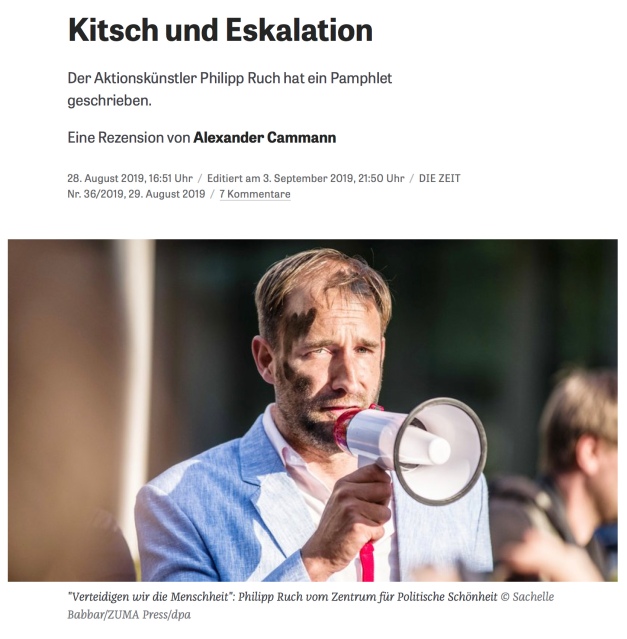 July 18, 2018 – Munich, Bavaria, Germany : Philipp Ruch of the ZPS. The political performing arts troupe das Zentrum fuer Politische Schoenheit (The Center for Political Beauty) organized a political action at the headquarters of the Bavarian CSU party, grounding the CDU party in Bavaria as a form of protest. During the demonstration the group brought in a mobile crane and covered the CSU’s sign with that of the CDU. It took scrambling police more than 30 minutes to bring the troupe member down, during which they called in dozens of reinforcements who then carried out dozens of identity checks on the viewers for later prosecution. Furthermore, the lawyer for the group was also arrested. The group mentions looking into filing complaints against the police due to alleged statements construed as wishing the troupe member in the crane to fall.