Posted by ZUMAPRESS.com on November 1, 2019
Posted in: ZUMALAND. Leave a comment 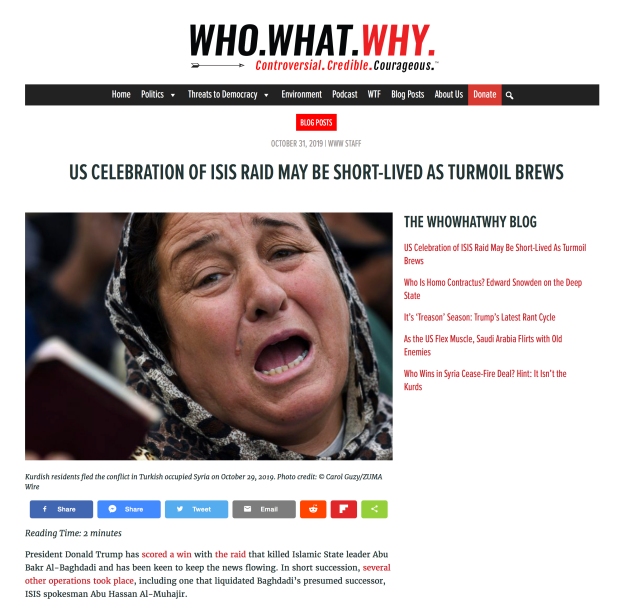 October 29, 2019, Tel Tamir, Syria: IDPs, Internally Displaced Persons, that fled the conflict with Turkey in Syria and also local village residents receive food, water and blankets from Free Burma Rangers on October 29, 2019 in a neighborhood near the front line. Dave Eubank from Free Burma Rangers stated Call it Turkish zone of invasion, zone of genocide, ethnic cleansing anything but a safe zone. From an FBR tweet: This zone is one of ethnic cleansing with 300,000 people displaced. Many have been killed and wounded. Homes are destroyed. The Kurds are calling this area the genocide zone The safe zone is not safe by any definition. It is the zone of the Turkish invasion. We have seen their tanks and been fired upon by those tanks and their aircraft. There has been no ceasefire this whole time.