zReportage #708 “Down and Out in America: The Invisible Homeless” by Renée C. Byer/Sacramento Bee FEATURED in Finnish Newspaper “Ilta-Sanomat” August 31, 2019

Posted by ZUMAPRESS.com on January 22, 2020
Posted in: ZUMALAND. Leave a comment 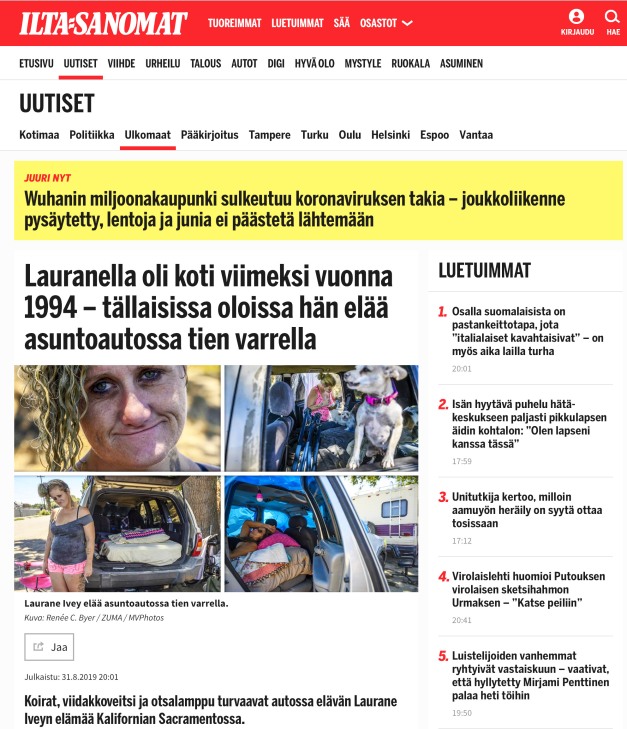 The problem illustrates the complex task of reducing the homeless population in Sacramento, which has seen rents and housing prices rise dramatically even as it budgets tens of millions of dollars on shelters and support services. The city is scrambling to avoid problems like those in San Francisco, where scenes of squalor have become a symbol of the divide between the rich and the poor.