ZUMA’s Alex Edelman Featured on Who What Why.org January 16, 2020

Posted by ZUMAPRESS.com on February 3, 2020
Posted in: ZUMALAND. Leave a comment 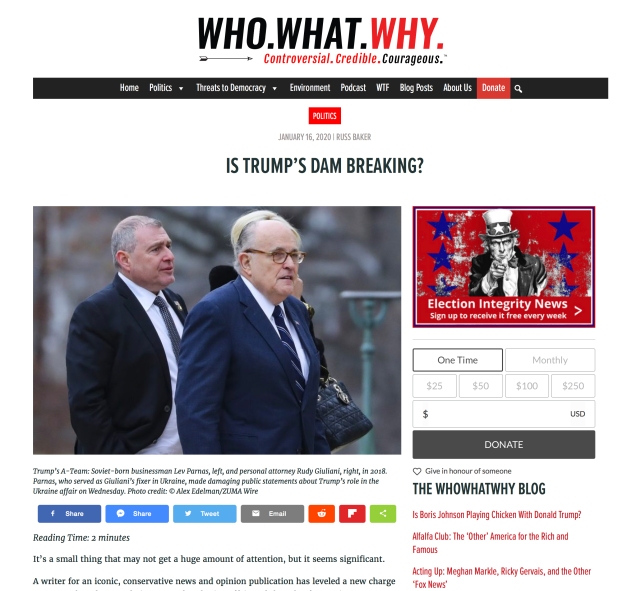 December 5, 2018, Washington, District of Columbia, United States of America: Lawyer for US President Donald Trump, Rudy Giuliani, center, and Soviet born business man who served as Giuliani’s fixer in Ukraine, Lev Parnas, left, arrive for the funeral of late US President George H.W. Bush at the National Cathedral in Washington, DC on December 5, 2018. Parnas has been arrested for campaign finance violations along with fellow businessman Igor Fruman in Virginia. Both Parnas and Fruman are being held on a million dollars bond and have been served with subpoenas to testify as a part of the impeachment investigation conducted by the US House of Representatives.