Posted by ZUMAPRESS.com on April 15, 2020
Posted in: ZUMALAND. Leave a comment 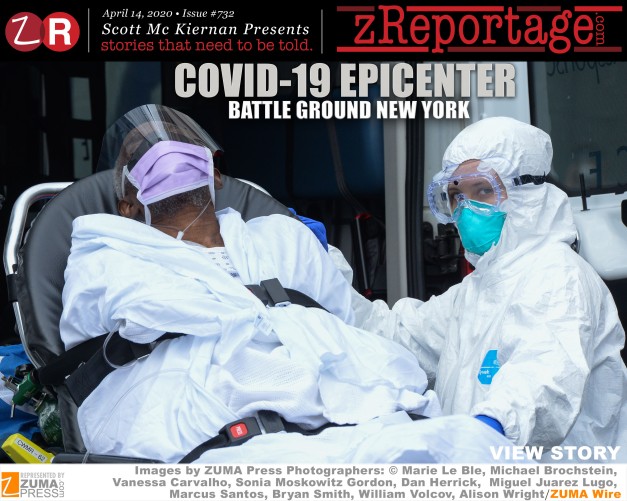 The United States passed the grim milestone of 20,000 coronavirus deaths as huge swathes of the globe celebrated the Easter holiday weekend under lockdown at home. About half the deaths in the US are in the New York metropolitan area, where hospitalizations are nevertheless slowing and other indicators suggest lockdowns and social distancing are ‘flattening the curve’ of infections and staving off the doomsday scenarios of just a week or two ago. The death toll from the new coronavirus in New York state, the US epicenter of the deadly pandemic, has passed 10,000, Governor Andrew Cuomo said. 671 people had died in the past 24 hours, bringing the total number of fatalities in the state to 10,056. The coronavirus has again made New York ground zero in a national tragedy and the center of a crisis that is reshaping Americans’ daily lives. At New York City-area hospitals on the front lines of the biggest coronavirus outbreak in the nation, workers are increasingly concerned about the ravages of the illness in their own ranks, and a lack of testing and protective gear. The outbreak has now claimed the lives of at least 20,389 people in the US, which leads the world in deaths and in the number of declared infections, at least 524,903, according to a tally maintained by Baltimore-based Johns Hopkins University.