Posted by ZUMAPRESS.com on April 23, 2020
Posted in: ZUMALAND. Leave a comment 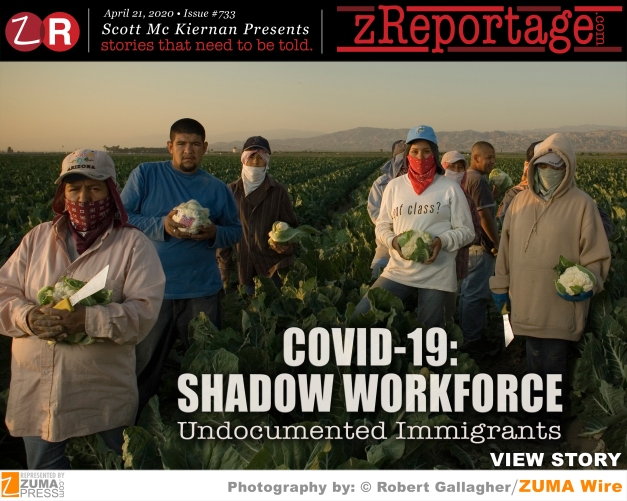 The fallout from the COVID-19 pandemic is proving to be one of the worst economic recessions in American history, and the federal government has rightly taken preliminary steps to mitigate the harm for working-class Americans, and some economic relief is on the horizon for the average American. Unfortunately, there has been relatively little done to provide relief to a critical yet often overlooked segment of the American labor force: undocumented immigrants. There are multiple estimates of the undocumented population, a recent estimate from ACS American Community Survey puts it at 10.6 million. To put this figure into perspective, the undocumented working population is roughly the same size as the combined total working populations in Alabama, Kentucky, Louisiana, and Mississippi, or 4.6 percent of the entire American working population. Undocumented immigrants live in every state, and 22 states have undocumented populations of more than 100,000. California is home to more than 2 million undocumented immigrants, making up nearly 1 in 10 workers in the state. Many are taxpayers. In 2014 undocumented immigrants in California paid about $3.2 billion in state and local taxes. California Governor Newsom announced a statewide public-private partnership will provide financial support to undocumented immigrants impacted by COVID-19. California will provide $75 million in disaster relief assistance and philanthropic partners have committed to raising an additional $50 million. Across the U.S., immigrant’s rights groups, labor organizations and some lawmakers are calling on national officials to provide relief for undocumented workers ineligible for food and other safety net benefits and left out of the federal government’s coronavirus stimulus checks, with a particular focus on those workers who filed taxes with ITINs. Mixed-status families are projected to be disproportionately negatively affected by this crisis, and their economic well-being is essential to the overall economic well-being of the United States.