Posted by ZUMAPRESS.com on May 4, 2020
Posted in: ZUMALAND. Leave a comment 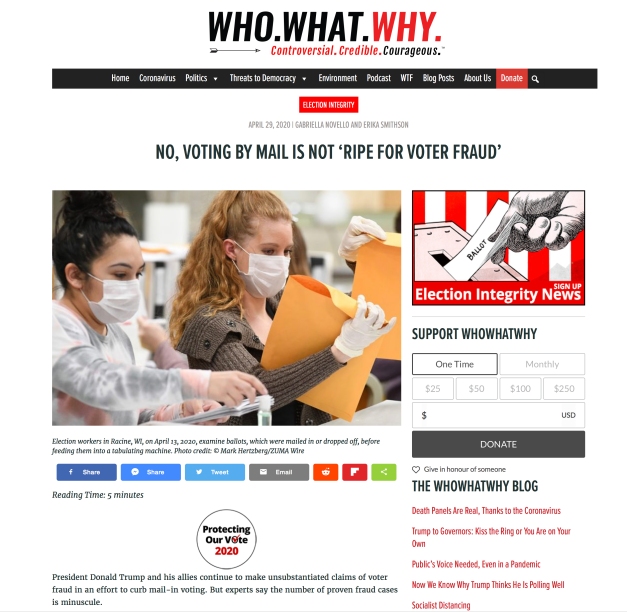 April 13, 2020, Racine, Wisconsin, USA: Ballots cast in Racine, Wisconsin during the controversial April 7 Wisconsin presidential primary and state election are tabulated Monday April 13, 2020. Each ballot envelope was opened and checked for compliance with election laws before being fed into a tabulating machine. The city had only drive-up and absentee mail ballot voting options; there was no in-person voting allowed. The election was held under guidelines from rulings from both the Wisconsin and United States supreme courts. Results were to be announced Monday.